Parmer Woods at North Austin offers programming modeled after the vibrant city of Austin. Known for its many microbreweries, Austin is considered one of the beer capitals of the world.

Life Enrichment Director Amy Casillas thought establishing a brewery in a retirement home would be a fun way to connect Austin seniors with the local community.

“During SXSW and Austin City Limits, we would love to have a music and film festival, too,” says Amy, who joined the Parmer Woods team in February. Amy has worked in recreational therapy modernizing senior living programming for over 20 years. She’s excited to bring Austin’s unique culture to Parmer Woods, beginning with Parmer Woods Beer Works.

How the Program Works

Every week, residents meet in the activity room kitchen to brew a new variety of beer. Due to Pegasus Senior Living’s social distancing guidelines, only six residents can participate in the activity at once. However, eight assisted living residents are dedicated brewers.

Originally intended as a men’s activity, a couple of women were inspired to join the fun as well. Ed Jasek, Phil Dunaway, Goldie Vital, Eva Costello, Ron Dunkleman, William James, Val Leith and John Lauber love brewing, bottling, and later tasting their delicious concoctions. While most of the Parmer Woods brewmasters are new to beer brewing and learning about alcohol, Ed Jasek used to own several liquor stores and will often share stories about how things used to be.

Each Monday afternoon involves a lesson about the newest type of beer being brewed, a tasting of commercial versions of that beer, and finally the brew itself! The brewers discuss the chemicals and brewing materials used to create different types of beer. Fun facts such as why bars serve salty snacks and what the tingle in your mouth from fruit means are also covered. Local Austin beers and food pairings are sampled, and finally the brewing begins!

The Parmer Woods brewmasters use a conical fermenter to brew the beer. The beer is left to ferment for seven days, after which the beer is ready to bottle. Seven days after bottling, the beer is ready to enjoy! So far, the team has brewed an IPA, Cider, Oatmeal Stout and Wit Beer. Next on the horizon is a lager. Each of the five beer labels were designed by the local Austin company Build A Sign.

Plans on the Horizon

“I would love for a brewmaster from one of the local breweries to come give a talk,” says Amy.

Plenty of fun things are happening at Parmer Woods!

“As an Austin native, it has been such a joy to lead this amazing community. Pegasus Senior Living believes in fostering vitality and creativity, and I just love seeing the camaraderie and sense of pride this beer-brewing project has instilled in our residents. We look forward to the near future when we can welcome visitors to sample our beer and mingle with our residents,” said Executive Director Matt Ritter.

Check out our beer brewing story on KXAN!

In the meantime, virtual tours are available! We are happy to help if you are looking for senior living options in north Austin. 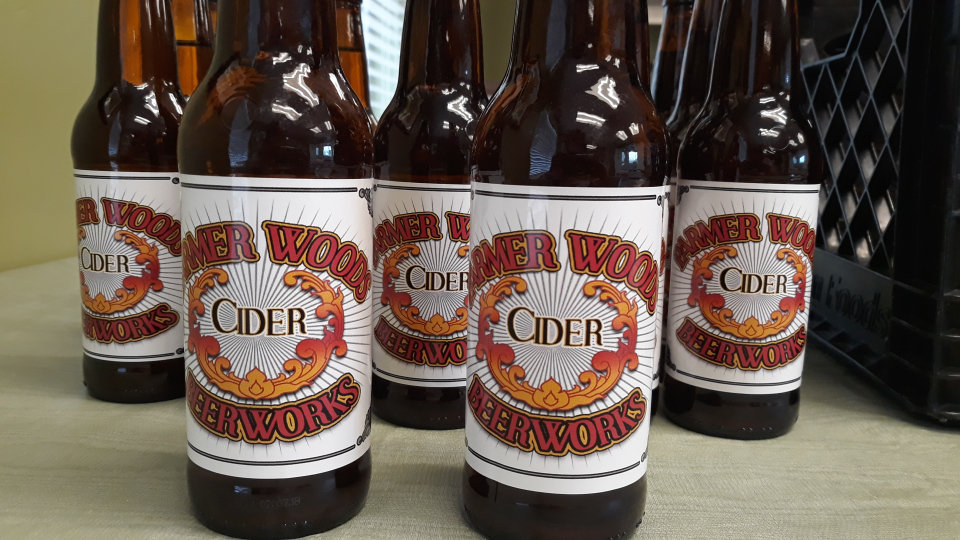