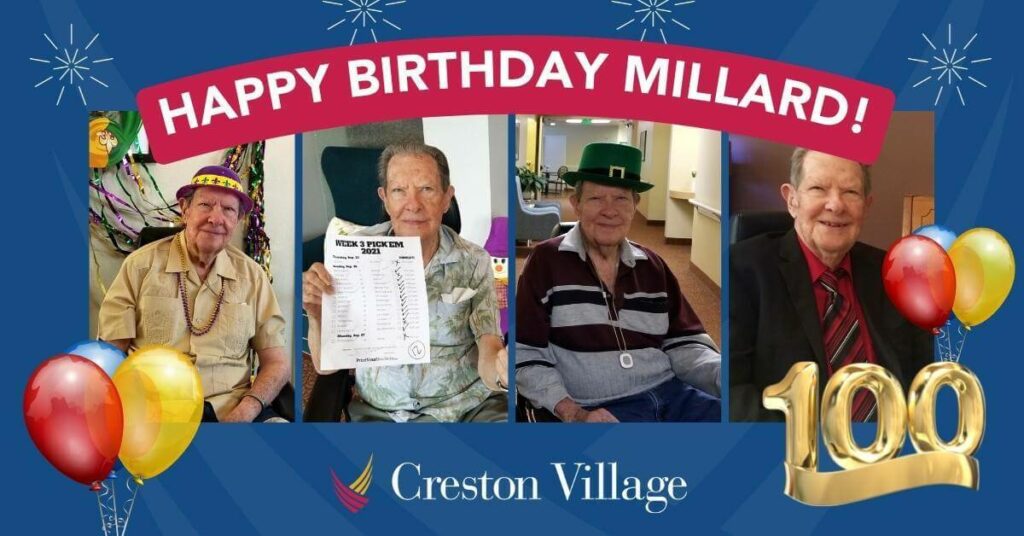 Millard was born September 30th, 1922, in Waurika, Oklahoma. In the 9th grade, he met a beautiful young girl named Allene. After high school graduation, three years of courtship led to marriage on August 10, 1942. Millard and Allene were married for 57 years.

Two years after they married, Millard volunteered for the U.S. Army Air Corps and was stationed in San Antonio, Texas at Randolph Air Force Base. He spent most of his military career (3 years, 2 months, and 25 days) during World War II as PFC Military Police. Millard and his wife purchased their first home in Glendale, California upon his discharge from service. They then opened a furniture upholstery shop in Montrose.

After the birth of his first daughter, Coleta, in 1947 followed by Vonnie in 1953, the family relocated to Van Nuys in 1955. Furthering his education, Millard earned his teaching credentials from California Lutheran College. He then accepted employment at Simi Valley Adult School where he taught adult upholstery classes until his retirement in June 1989. 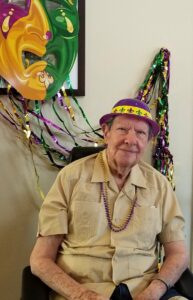 Upon moving to Quail Run Estates in Paso Robles, California he enjoyed many years of volunteering as a line cook for numerous social events. In 2018, Millard joined the Creston Village community where he is enjoying an active social life attending his favorite events and activities daily.

“We are very honored to have Millard as a resident with Creston Village and thank him deeply for his service in World War II,” shares Sales Director Cheyenne Pacheco. “We’d like to wish a very happy 100th birthday to Millard. Thank you for allowing us to highlight your integrity and kindness, to celebrate and enhance your life. Cheers!”

Celebrate all birthdays big and small at Creston Village.

Learn more about our welcoming community by contacting us and signing up for a tour.