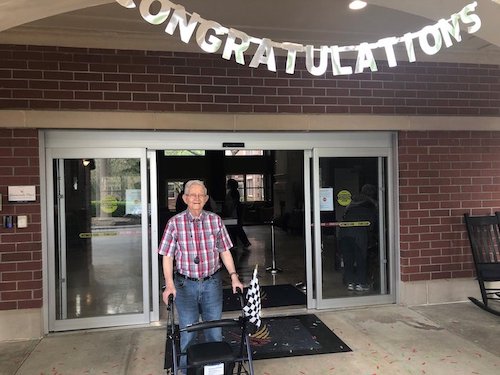 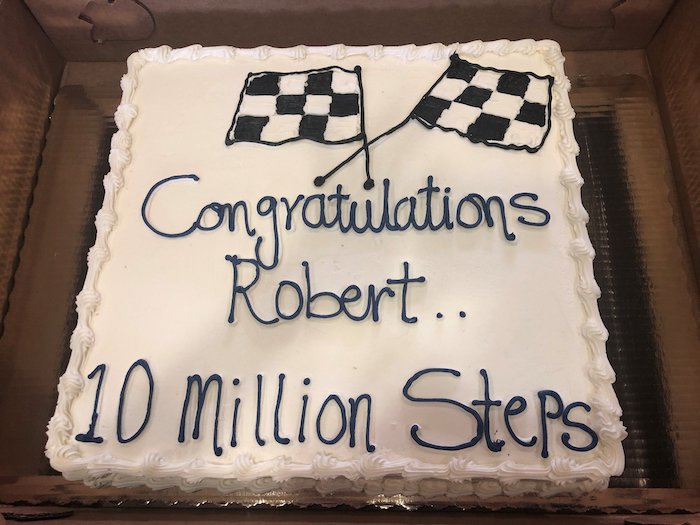 Robert is reaching his 10 millionth step in a very timely manner! On March 30, it was Take a Walk in the Park Day and on April 1, it was National Walking Day. Robert began tracking his steps using a pedometer in June 2018. When he started living at Dunwoody Place, he began counting his steps as a daily routine.

Normally people try to reach 10,000 steps a day. But he takes that goal a step further – on an average day he reaches 16,000 steps! Mr. Robert estimates that he has walked 90 marathons with all his steps so far combined.